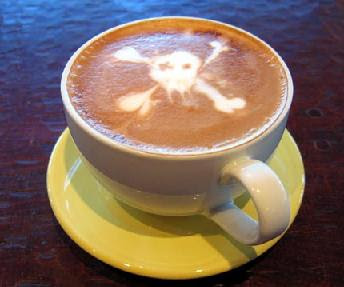 We’re naming a coffee company this week, and I came across this article about an unfortunate name. Yikes!
Changing coffee house’s name was ‘right thing to do,’ says Biggby CEO
Posted by Erin Albanese | The Grand Rapids Press June 26, 2008 22:02PM
GRAND RAPIDS — Biggby Coffee CEO and co-founder Bob Fish chalks up gracing his stores with the name Beaner’s to Midwest naivete.
“Beaner’s to us didn’t mean anything but coffee,” said Fish, whose firm changed the name of its stores in November.
Although the financial impact of that $1 million decision won’t be evident until next January, growth in store numbers is a positive indicator, he said.
The East Lansing-based franchise now has 100 stores in nine states, with a forecast to grow to 250 by 2010, he told members of The West Michigan Chapter of the Public Relations Society of America at the University Club on Thursday.
“The most important reason we changed the name is because we felt it was the right thing to do. We are a company of inclusion not of exclusion,” he said.
Customers — about 700 who posted comments on its Web site — expressed both support and dismay with the change.
When he opened his first store in 1995, there was no Internet to search, said Fish, who owns the brand with partners Mike McFall and Mary Roszel.
“We would have Googled it and found out there were any repercussions to having that name,” he said.
As more stores opened and Beaner’s became a franchise, Fish heard more and more comments the moniker was a disparaging term for Mexican-Americans.
It was not a well-known term at the time in Michigan, but Southerners sometimes registered shock at the name. There was never a lawsuit or organized boycott, however.
“It was becoming more ubiquitous as time went on,” he said.
Fish realized he might be excluding a segment of the population, even if it realized the name referred to coffee.
“It didn’t mean they would walk around with a cup that said Beaner’s on it,” he said.
Fish turned to Grand Rapids-based public relations firm Lambert Edwards & Associates to help facilitate the change.
Share Post